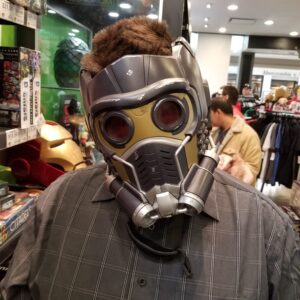 My first introduction to the concept of “Hello World” a number of years ago while reading a wonderfully written series of books regarding Advanced Assembly Language Programming. Okay, I should probably let you know that although I have led a highly exciting life with so many stories (that you can never, ever be told)…I am also a bit of a geek at heart. Okay, truth be told, in many ways, I am purely a geek. Sadly, I was a geek way before it was cool to be one.

Of course, in my day a geek was something I actually wanted to be. Back then Nerds and Geeks were the guardians to information and technology and as such, being a geek meant that you could usually learn things that nobody else knew how to do. In my case, I learned electronics because I always had an interest in figuring out why things worked the way they did. As a kid, I was given small electric motors from a friend of mine. I didn’t know what they were at the time but they were cool. I learned that hooking them up to different batteries and combinations of batteries made them spin mercilessly fast and I learned that it could also burn them out pretty bad if I didn’t respect their limits. (Incidentally, a great point that many of my competitors could learn about how to treat their staff!)

It didn’t deter me though, I soon figured out that I could create gears and drive things with them. Super cool! With that, I was pretty much hooked on electronics and mechanical theory. The problem was that my family was not supportive of me messing with things like that and after a couple of good notes from school, they were sure that I was meant to work with computers. My parents were from a generation that believed that “works with computers” was a course that you took in school and then you got a job “in computers”. However, they failed to realize that “works with computer” people actually need a computer and that was not only out of their budget but it was immediately off the table from their point of view. Unfortunately, I had caught the bug and now I was in serious trouble because 1) I liked learning things that nobody else knew; 2) I was interested in electronics, mechanics, and computers; and 3) I was really good at all of those things.

So, I had little to no support from my family on the stuff that really mattered to me growing up but I had lots of love and I knew that I mattered to them. We weren’t a wealthy family and frankly, there was little point in trying to explain the value of a budget to these people. Lol. So, back then when your kid wanted something and you didn’t or couldn’t pay for it…they got a job. That’s what I did. I was a kid so I took on paper routes, multiple routes and no matter what the weather was like or whether or not I wanted to go out, I made my deliveries every single day without fail. I really did a good job of taking care of my customers too. The only part I hated (which I still hate to do!) was collecting. There was something about having to convince people that had already received the service that they requested, that they needed to pay for the service after the fact that I just didn’t like doing. I never had a problem working, I just felt that they should step up and acknowledge my efforts in a fair and timely fashion. I did a good job though and I learned a lot about my customers…what they liked and didn’t like, what they needed versus what they were sold, and I made every effort to exceed their expectations. Looking back on it, whoever eventually replaced me must have had a heck of a time trying to fill my boots!

I have to apologize at this point, the story feels a bit long and probably has you bored to tears.

Oh well, in for a penny… The bottom line is I’ve always worked hard for my customers and I’ve always had an internal drive to learn new things. It’s in my nature. I believe that this is one of the major reasons that my customers stay with me and my firm despite other flashier agencies trying to woo them or offering the world. You should note that part about me… I will not and do not offer you ANYTHING unless I am confident that I can reliably supply you with it. If I am not absolutely sure, then I will tell you that I have to look into it and I will do my absolute best to provide what you need or get you to whoever can provide what you need, but I do not promise anything that I cannot produce. That is not in my nature and frankly, I hate it when others do that to me.

So…what’s this post about? Well, that is really pretty much it. It is my initial dry run at a blog and it gives you a tiny peek at me behind the proverbial curtain. If you are looking for concise and serious articles regarding investigations, I will try to include them on this site but they mostly appear on my LinkedIn pages or on the Shulman Law Firm website. The articles and blogs on this site will tend to be pretty long and either buried in facts or written in a more relaxed and less professional tone. Please do not be offended by any of my blog posts. #1 – I’m very new to this Blogging thing; #2 – I haven’t yet figured out what needs to be said in my Blog; & #3 – Most of my Blog posts are just me “venting” to the universe.

17 Replies to “Hello World – My First Blog Ever” 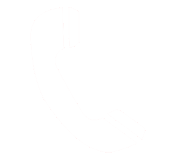